Live-stream from an imperial eagle's nest is available for the first time ever! Confute misbeliefs and acquaint this great bird of prey with the people are among the main goals of the BirdLife Hungary's "Conservation of imperial eagles by managing human-eagle conflicts in Hungary" LIFE+ program.

Live stream is not only for entertaining purposes for the public but provide invaluable information for biologists and conservation professional. Details about the feeding habits and parenting behavior can be observed via the cameras located near the nest. Real time video even allows us to react much faster in case of emergencies. The camera operates at night as well, revealing the eagles’ night activities, which were hidden from the human’s eye until now. 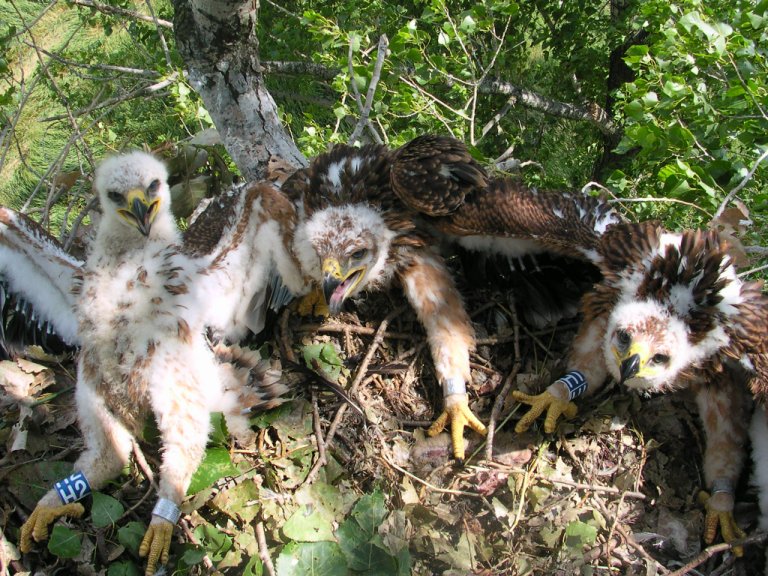 Imperial eagles are highly endangered.  Two-third of the EU’s population is found in the Carpathian Basin, primary in Hungary, although the population is small and vulnerable.  Following imperial eagles are of special importance since many of these rare birds of prey had been victims of human activity in the past few years. In the number of crimes against birds including purposeful poisoning, shooting and intentional nest destruction, Hungary is in the lead in Europe. According to the database of BirdLife Hungary 176 eagles had been victims of such incidents since 2000.

The live stream is available at our site's 'WebCam' page.

Colleagues of the HELICON LIFE+ program wish to thank everyone participating in the realization of the world’s first live stream from an imperial eagle’s nest: