The major topic of the meeting was the prevention of mortality due to electrocution and poisoning, and its main aim was to disseminate and pool the international initiations.

The conference, organized for the seventh time this year, offered an opportunity for local and international researchers to share their experience and showcase those international practices, where experts from different countries work together to solve conservation problems.

The event was opened by Zsolt V. Németh, Minister of State for Environmental Affairs, Agricultural Development and Hungaricums. He said that in Hungary, regarding the electric grid and bird protection, it is exemplary the way stakeholders cooperate with each other, whether between civil and state organizations or the state and firms concerned. The basis for this was formed by the “Accessible Sky” agreement, unprecedented even at an international level, which was signed by these organizations in 2008. Hungary’s role in this theme was further strengthened in 2011, when the “Budapest Declaration”, addressing prompt and more effective mitigation of electrocution and poisoning, was adopted by this conference series. Hungary has done a lot to protect birds in this area: in the past years, several projects carried out insulation work, put dangerous air-cables into the ground or solved the problem some other way. The Budapest Declaration has not lost its actuality even today, hence the importance of this conference, which would promote a unified solution of the problem at an international level.

Electrocution and its possible mitigation were the themes on the first day of the conference. High proportion of the medium-voltage pylon lines threats the lives of birds in several countries worldwide. The high-voltage pylons also pose threat due to collision with them. This latter, in the meantime, offers perfect nesting substrate for certain species, if artificial nests placed out for them.

Topic of the second day was poisoning, which considers to be a major challenge in the nature conservation palette. This section of the conference was also a closing event of the HELICON LIFE+ programme (www.imperialeagle.hu) and the opening event of the PannonEagle LIFE+ programme, both coordinated by MME/Birdlife. 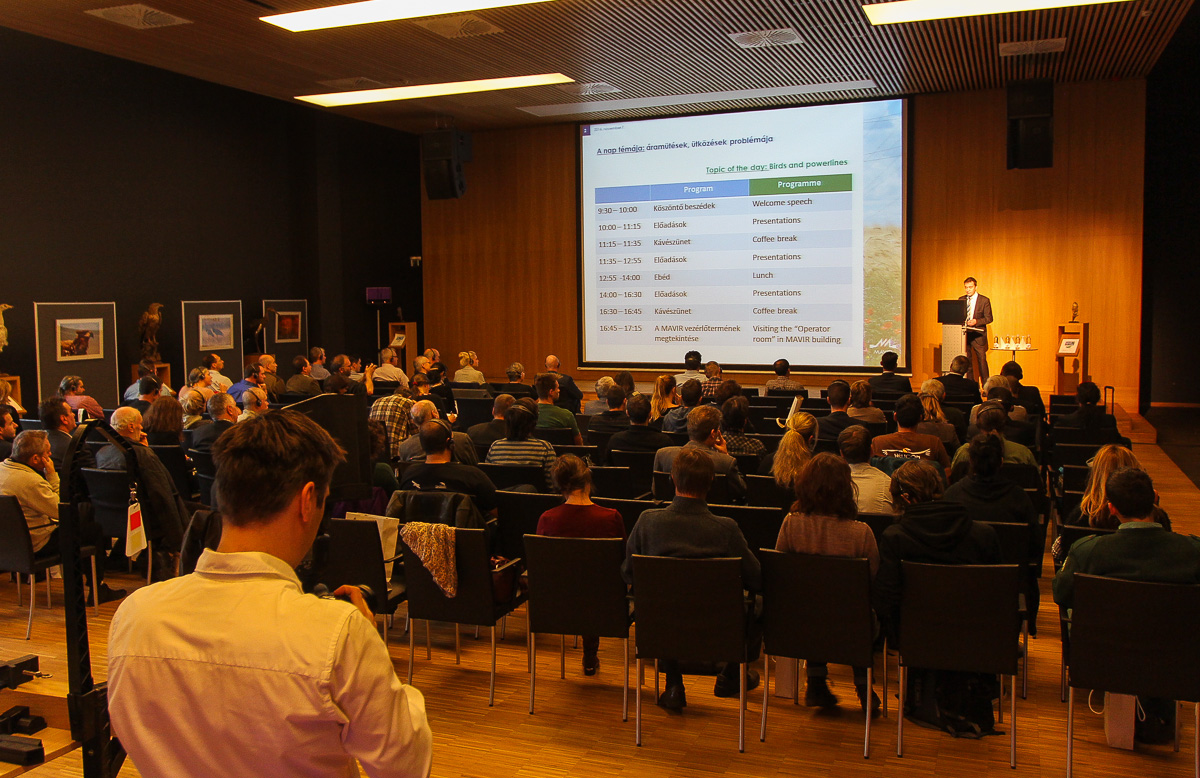 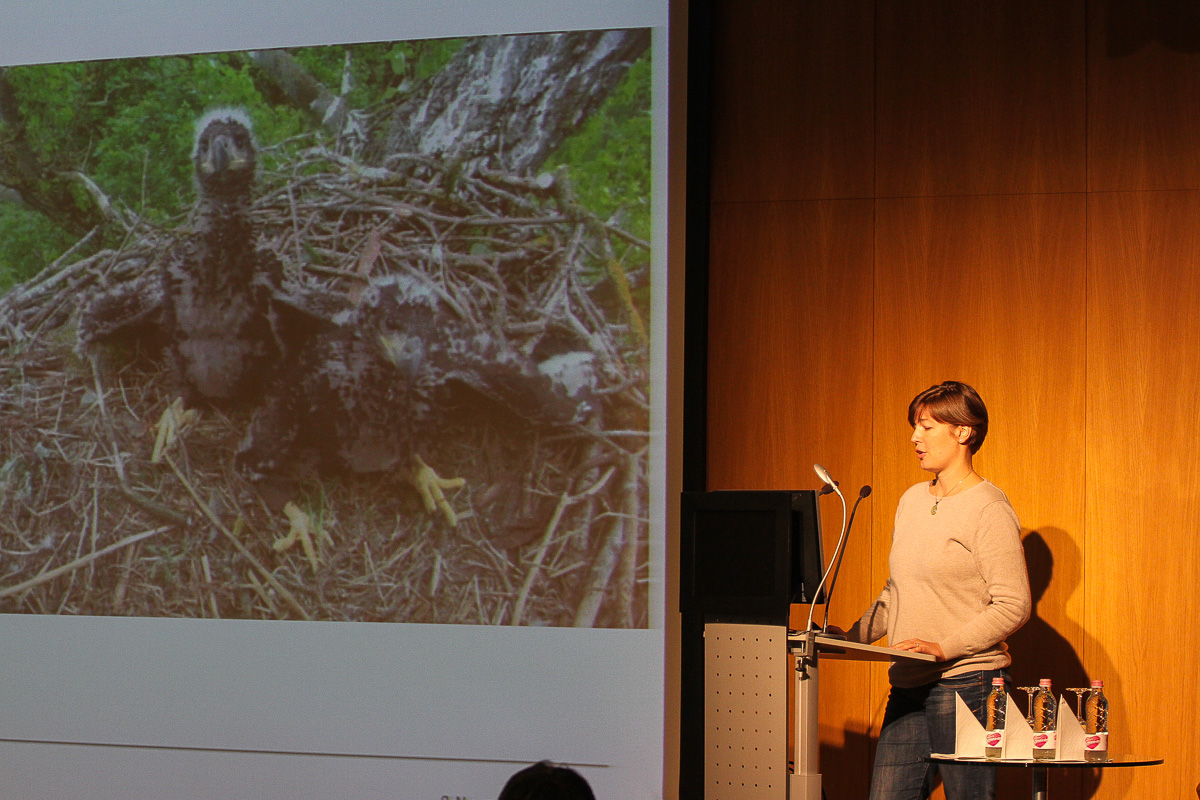 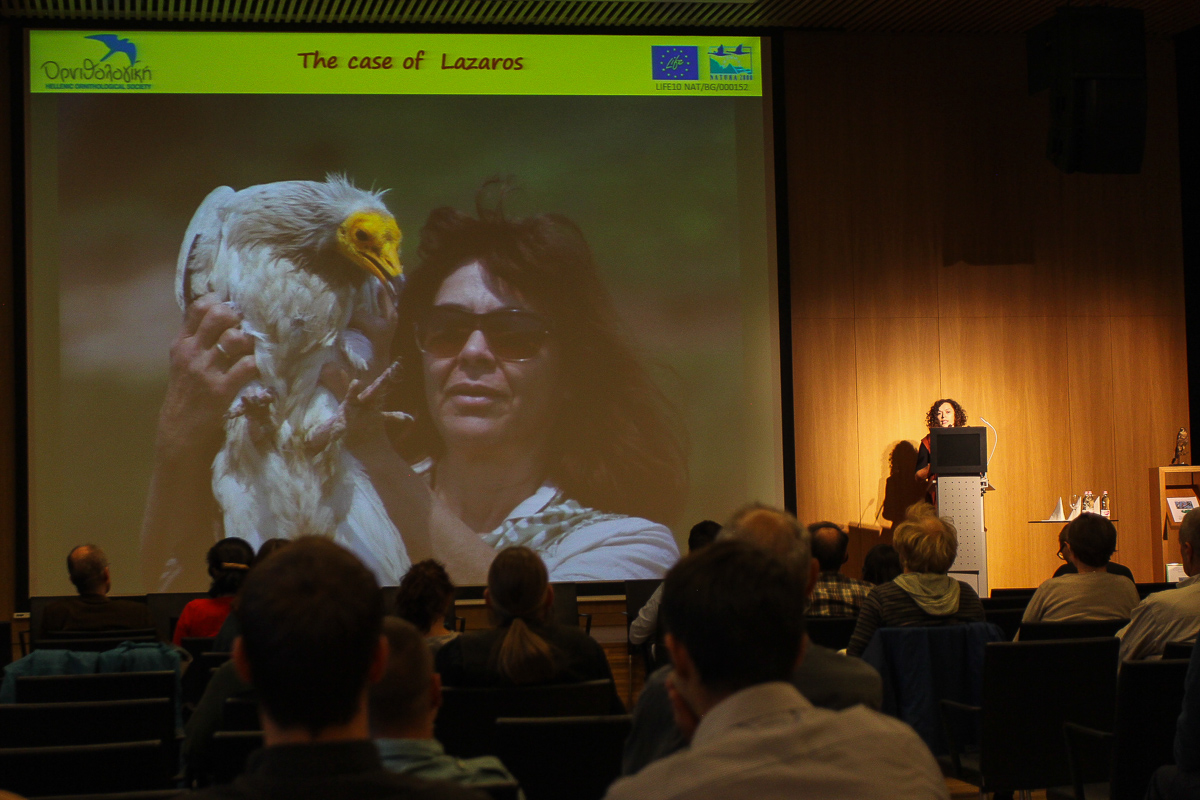 To support the effectiveness of bird protection we have been participating in numerous projects, among them international ones as well – said Kovács Gábor Deputy CEO of Mavir. He also added that within the company’s artificial nest programme they provide nesting substrate for protected and strictly protected raptor species on high-voltage pylons. The other important element is the placement of bird deterring flyers, which prevent them from collision. In the past few years, more than 3000 flyers were put out in areas where the transmission lines cross the habitat of Great Bustard or other important bird areas.

Dr András Béres, the Deputy Director-General of the Ottó Herman Institute, said: as the technical support institute of the Ministry of Agriculture, they intend to improve the cause of nature conservation through facilitating cooperation between stakeholders, environmental education and practical conservation actions. He pointed out that the conference deals with actual and urgent problems and tasks since despite of the fact that both electrocution and poisoning have been discussed for years, the ultimate solution still seems to be far away. He also emphasized that in order to give adequate and effective answers to problems close cooperation is needed among state and civil organizations as well as different companies.

Dr Gergő Halmos, managing director of MME/Birdlife highlighted that poisoning wreaks havoc worldwide in protected bird and carnivore populations. Within the framework of HELICON LIFE+ Programme joint cooperation among national nature conservation, police and hunting organisations yielded excellent results in reducing poisoning, especially regarding Imperial Eagles being most prone to fall victim to this kind of a threat. Just like birds, the effect of poisoning knows no boundaries, therefore, it is inevitable to continue the work we started internationally and the EU funded PannonEagle Life project provides prime opportunities in the next five years to do that.

On the closing day of the conference, participants could visit the Eagle Centre near Jászberény, where they had the opportunity to inspect several injured birds of prey and try the educational trail.

Nearly 130 experts from 16 countries participated in the conference which lasted for three days. Altogether, 26 presentations were held in the two main themes of poisoning and electrocution