Investigation was launched after high mortality of voles in Békés County

A major die-off of game species was discovered on March 22nd on the land of two different hunting clubs near Orosháza, where investigation proved the use of rodenticides on arable lands. Toxicological tests found a chemical, which is illegal to use above the ground, and which caused the death of hares and roe deer with terrible suffering. 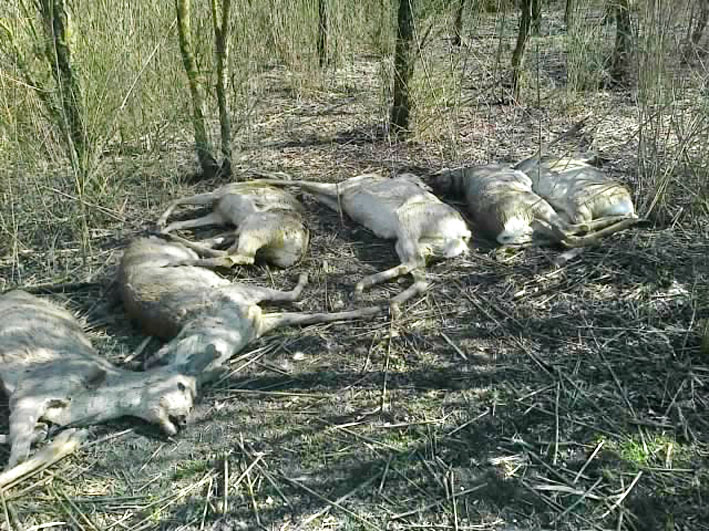 Carcasses of Roe Deer at the edge of a small forest patch near Orosháza (Source: nol.hu).

According to the information given to the Hungarian National Hunting Chamber the poison in question is the PROKUM B. It is a product that can be freely distributed, however, only to use in the holes of voles due to its strong toxicity. Most likely irresponsible farmers placed out the blood-thinning poison, which is easily absorbed through the gastric mucosa and causes internal bleeding.

Because of the poisoning cases, the local organization of the Hungarian National Hunting Chamber, Hungarian Chamber of Professionals and Doctors of Plant Protection, Hungarian Chamber of Agriculture and other authorities concerned sat down at the table on April 7th, details and results of this meeting can be found here.