Crime against birds showed a dramatic increase in the past few years. MME was awarded financial support by the EU’s LIFE conservation fund hand in hand with eight other partner organizations. The goal of the project is to stop the persecution of birds, primarily the Imperial Eagles. We held our first press conference of the five-year program in the headquarters of the National Investigation Office.

The participants of the project coordinated by MME are: the directorates of the Hortobágyi, Bükki, Körös-Maros National Parks, the Budapest and the Jászberényi Zoo & Botanical Garden, the National Investigation Office, the Hungarian National Chamber of Hunters and the Természetfilm.hu. 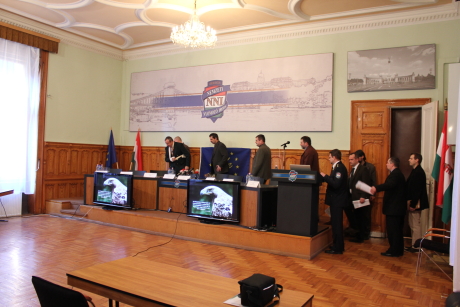 Representatives of the partner organizations.

The persecution of birds is a huge problem in our country. 59 of the globally endangered Imperial Eagle were killed in the past five years in Hungary, while its population within the borders of the EU barely exceeds 200 breeding pairs. 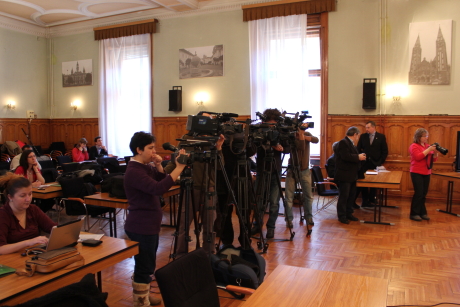 Press conference attended by lots of journalists and reporters from the television ... 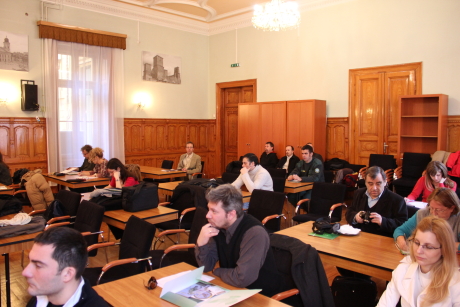 ...the radio and other types of media. 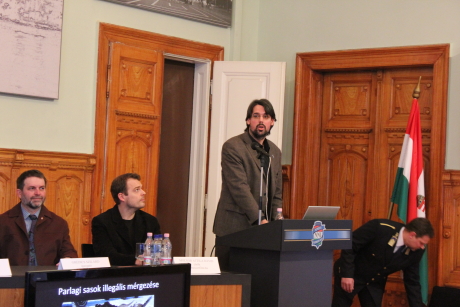 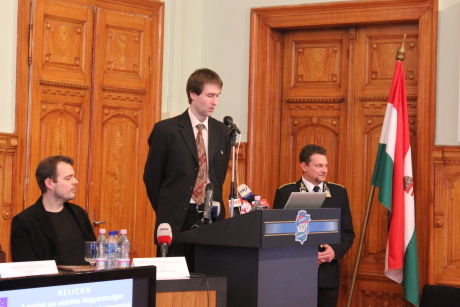 A national network of veterinarians will be established to treat injured birds; protection of the nests in danger will be organized as well as erecting artificial nests and the temporary feeding in wintertime within the project. To increase the proportion of cases solved all the participating organizations will patrol more frequently in certain imperiled areas along with specialized dogs. There will also be a through line to report any information about nature crime. There will be built a Visitor’s Centre to raise awareness and let people find out about “eagle-friendly” farming techniques and conservation work in connection with raptors. Goal is to maintain the slow increase of the Hungarian population of the Imperial Eagle with the help of reducing all the human factors contributing to their mortality. 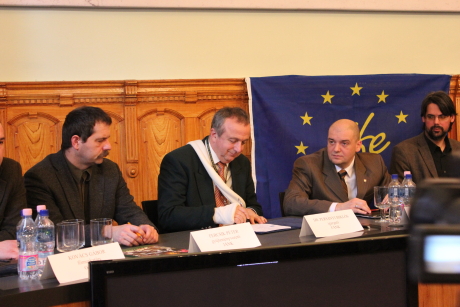 Between 1998 and 2011 there were more than one thousand victims of illegal poisoning only in Hungary. 273 Common Buzzards, 12 Saker Falcons and 65 White-tailed Eagles were among them besides Imperial Eagles. 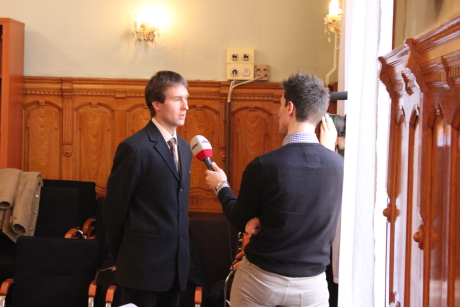 There was even time for some interviews at the end (Photos: Péter Szász).