Poison finished what bullets couldn’t do

MME and the Bükki National Park were alerted regarding a strange poisoning case in mid-January. A local hunter found the body of the 6-year old, ringed Slovakian Imperial Eagle and a little later its mate too while tracking in Heves County. Veterinarian and toxicological examinations showed that both birds died by direct poisoning. 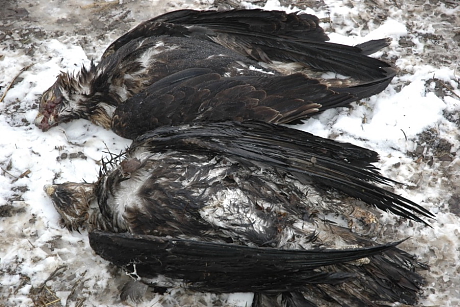 It was also revealed that the ringed bird had 6 lead pellets in its body from an earlier encounter with a hunter! It could happen months or even years before the tragedy happened. 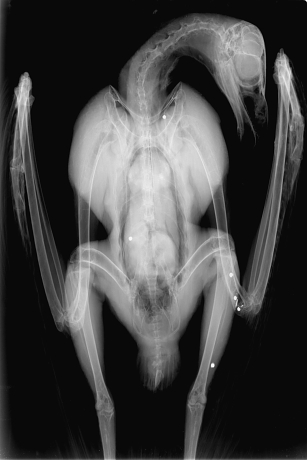 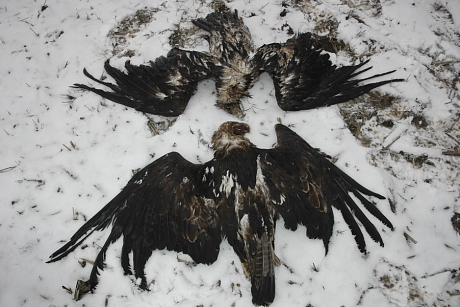 The poison didn’t just kill two Eagles, but also emptied a prime territory and bereft the
population of 1-3 young eagles this year and even up to a dozen in the next few years! 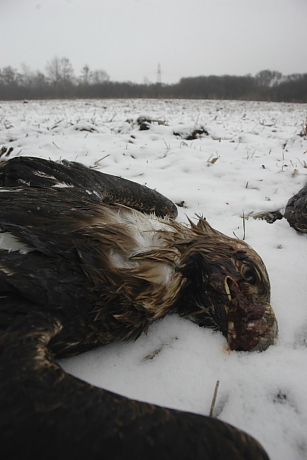 This illegal agrochemical kills so fast, that last bites are still
in the beak ... 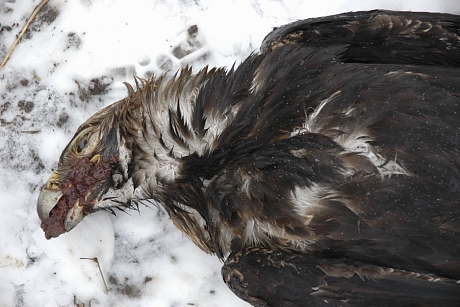 ... moreover, it will poison and most likely kill any animals feeding on the
carcasses even at quaternary level (Photos: Márton Horváth).

With these two newly discovered Eagles, the total number of poisoned Imperial Eagles has reached 50 birds. This case perfectly exemplifies the seriousness and complexity of the destruction of our wildlife. In the past 15 years, more than one thousand protected birds died due to illegal use of poisons but the real number is probably multifold. Considering that about two-third of the EU’s Imperial Eagle population live in Hungary (around 140 pairs) we have huge responsibility in its conservation.

Coordinated by MME, a new LIFE funded programme against the poisoning of Raptors has launched in 1st January, 2012. We will inform the general public about this project in the near future.

The local Police Department has started the investigation with the help of the National Investigation Office (the Hungarian FBI) and MME.