On April 21st, the Duna-Dráva National Park Directorate received a report that a White-tailed Eagle, unable to fly, was found on an arable land near Vékény. 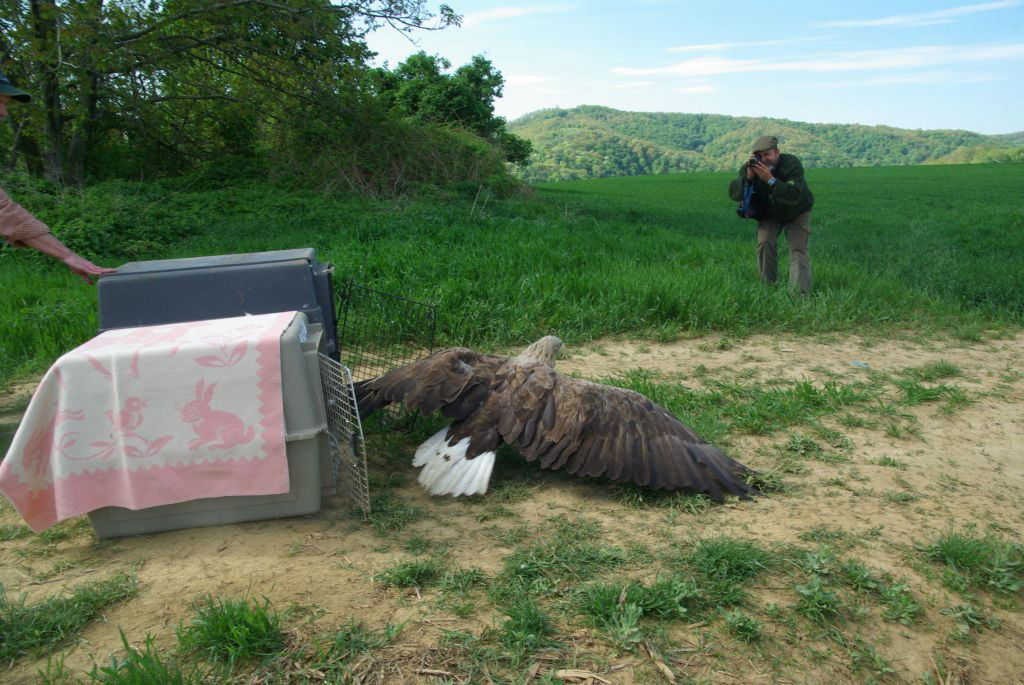 One of the adult White-tailed Eagles in the moment of its release (Photo: Gábor Nagy).

Following the report, the local ranger caught the bird, which showed symptoms of poisoning. Next day, the same fate befell another adult eagle at the same place. Everything seems to show that the eagles consumed from a carcass of a dead pheasant injected with poison. The remnants of it were collected by associates of DDNPI for further analyses. Nothing else turned up during a thorough search in the area. The weakened eagles’ condition has quickly improved due to proper treatment. Both adults were released on April 27th at the site they were found. It is high likely that the eagles had chicks, which probably starved to death in the meantime.