Recovering “Tokaj” is released back to the wild

Finally, we could let “Tokaj” fly fee near the place she was found after she fully recovered. This particular, strictly protected Imperial Eagle with signs of poisoning was taken to the Budapest ZOO where vets could cure her successfully.

Associates of Budapest Zoo, MME and the Körös-Maros National Park Directorate released an Imperial Eagle, cured of poisoning, in a protected area between Szabadkígyós and Kétegyháza in Békés County. She was found in weak condition on March 1st by colleagues of Körös-Maros National Park Directorate and following a quick veterinarian check-up, she was transferred to our rescue centre of the Budapest ZOO. The bird, showing symptoms of poisoning, responded well to the treatment. Therefore, she was already asymptomatic a week ago. Meantime, she needed to gain some strength, which she could do eventually. She most likely will able to live on her own without human interference.

Her release place was picked to be close to where she was found so it would be familiar to her. Moreover, this area is rich in rodents offering readily available prey base for the eagle. Before her release, she was tagged with a GPS satellite transmitter to be able to follow her movements in the future. She fledged in a nest near Tokaj, hence her name. Her appearance points to be a female, and she also weighed almost four kilograms. 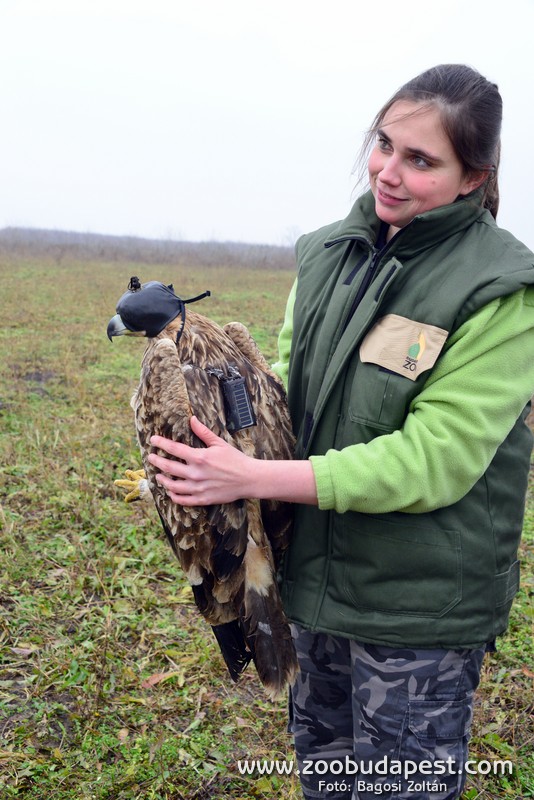 "Tokaj" before her release ... 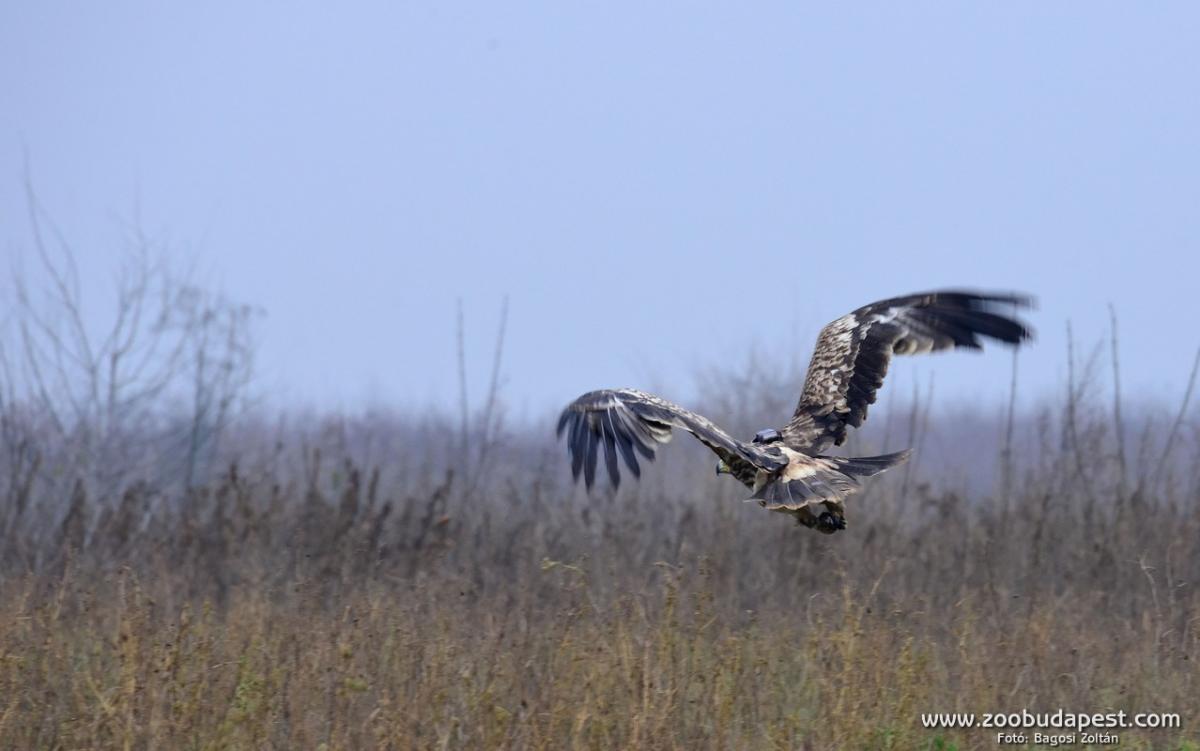 You can watch a short film about Tokaj’s rescue and release here! (Footage: termeszetfilm.hu).

The Eastern Imperial Eagle is a native raptor species to Hungary, it possess strictly protected status and also a nature conservation value of 1.000.000 Ft. Poisoning considers to be an important factor threatening its existence. To reduce both intentional and unintentional poisonings and to rescue poisoned individuals MME has been coordinating an EU funded LIFE Nature project, in which, several organizations, among them different national parks and the Budapest ZOO have been participating. Regularly, the Budapest ZOO cures and does follow-up treatment to those poisoned birds, which are found in Hungary.