The juvenile Imperial Eagle, being rescued from a vulnerable nest as an egg in May and later hatched in the Great Bustard Protection Station at Dévaványa in the Körös-Maros National Park, was successfully rehabilitated and adopted in a nest of a wild pair.

The chick broke the eggshell two weeks ago, but it took her two more days to fully hatch. There was also some complication after the membrane of the eggshell stuck to the hatchling, but removed by the experts. Gábor Czifrák, ranger of the Körös-Maros National Park said: The chick weighed 82 grams at hatching and had grown to 780 grams in two weeks due to sufficient feeding four times a day. 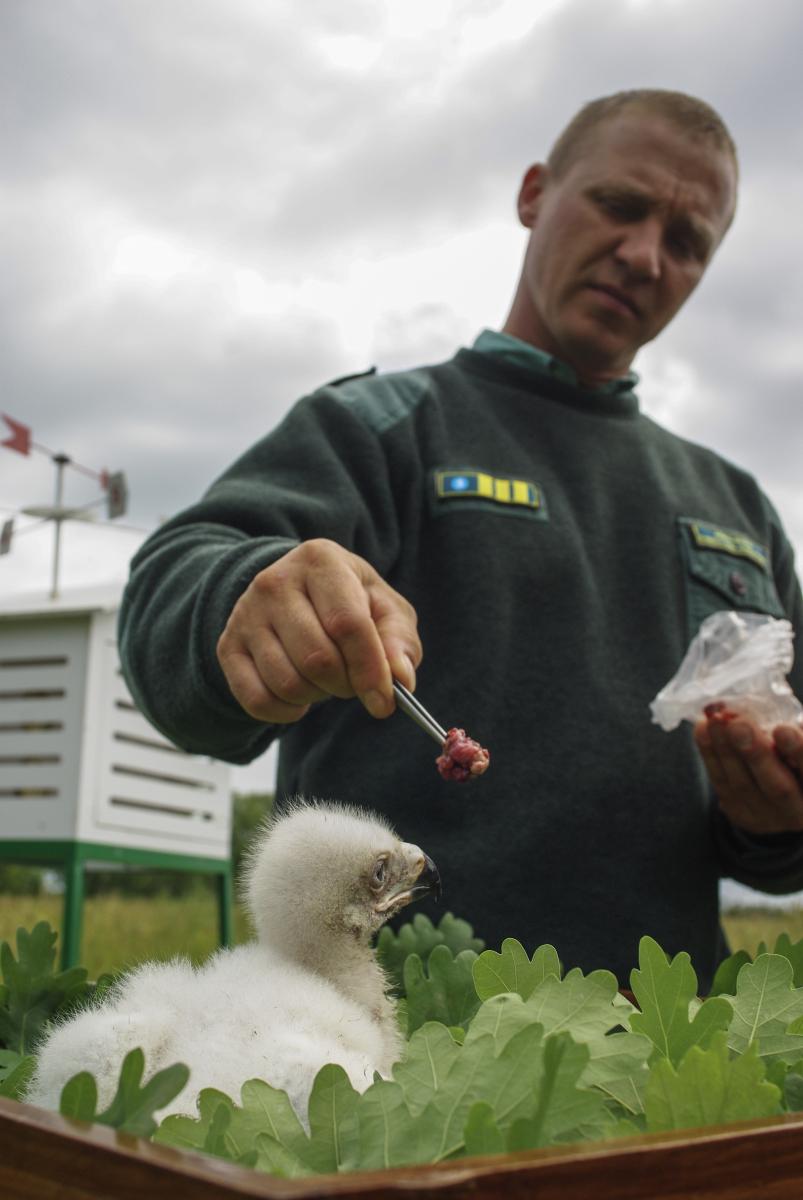 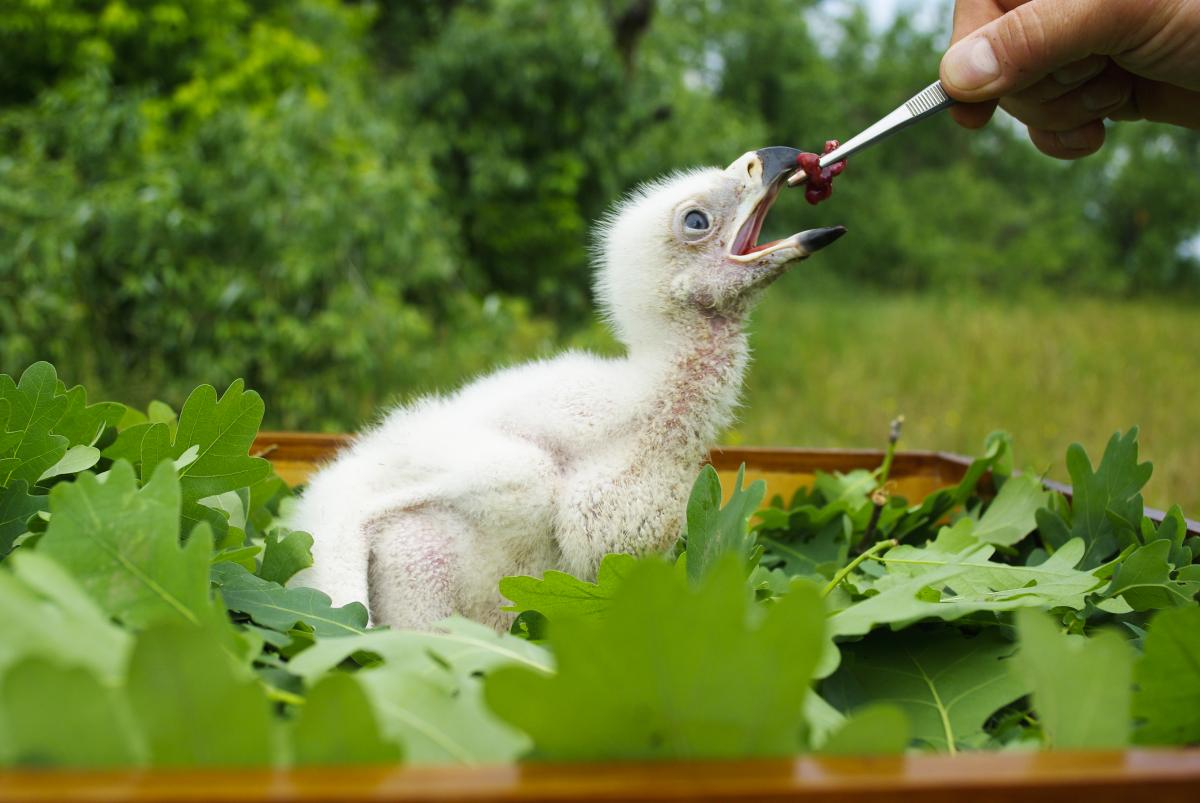 It is crucial to place the youngster to a nest of a wild pair at an early stage of its development, from a conservation point of view. On the one hand, it is not good if the chick gets accustomed to humans and, on the other hand, wild Eagle parents can feed the chick more properly than anyone, no matter how much experience he has.

Based on the experiences of the previous years, Eagles readily adopt foreign chicks and feed them till they fledge. Three or four successful adoptions were carried out in the past few years.

The chick was ringed temporarily so she can be distinguished from the other chicks in the nest. A colleague from the Bükki National Park, holding a special ringing licence, ringed the bird. 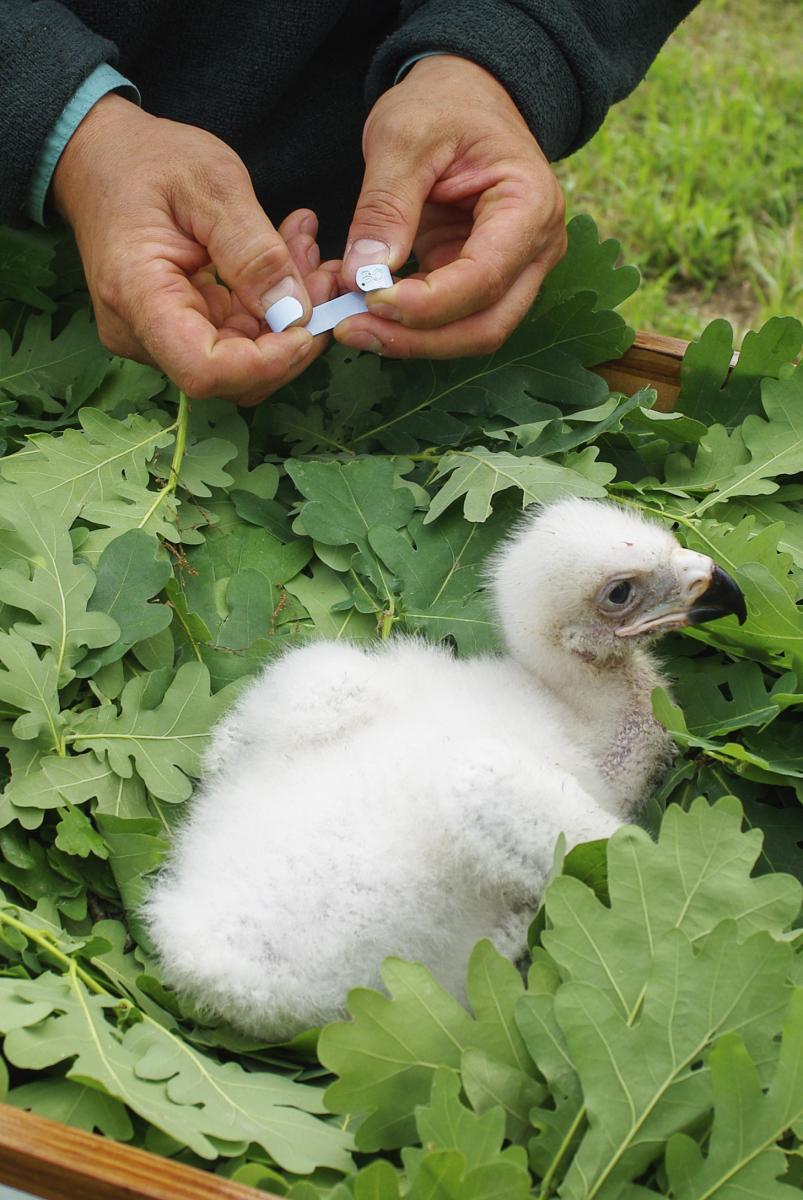 Associates of the Helicon Life+ project, MME and the Körös-Maros National Park transported the chick to a nest in the northern lowlands. The foster pair had one similar aged chick and previous experience shows that Imperial Eagles do not have difficulty raising two chicks. The nest is under constant surveillance by volunteers of Helicon Life+ mainly to prevent any damaging but also to collect valuable data regarding the behaviour of the foster parents towards the new chick. 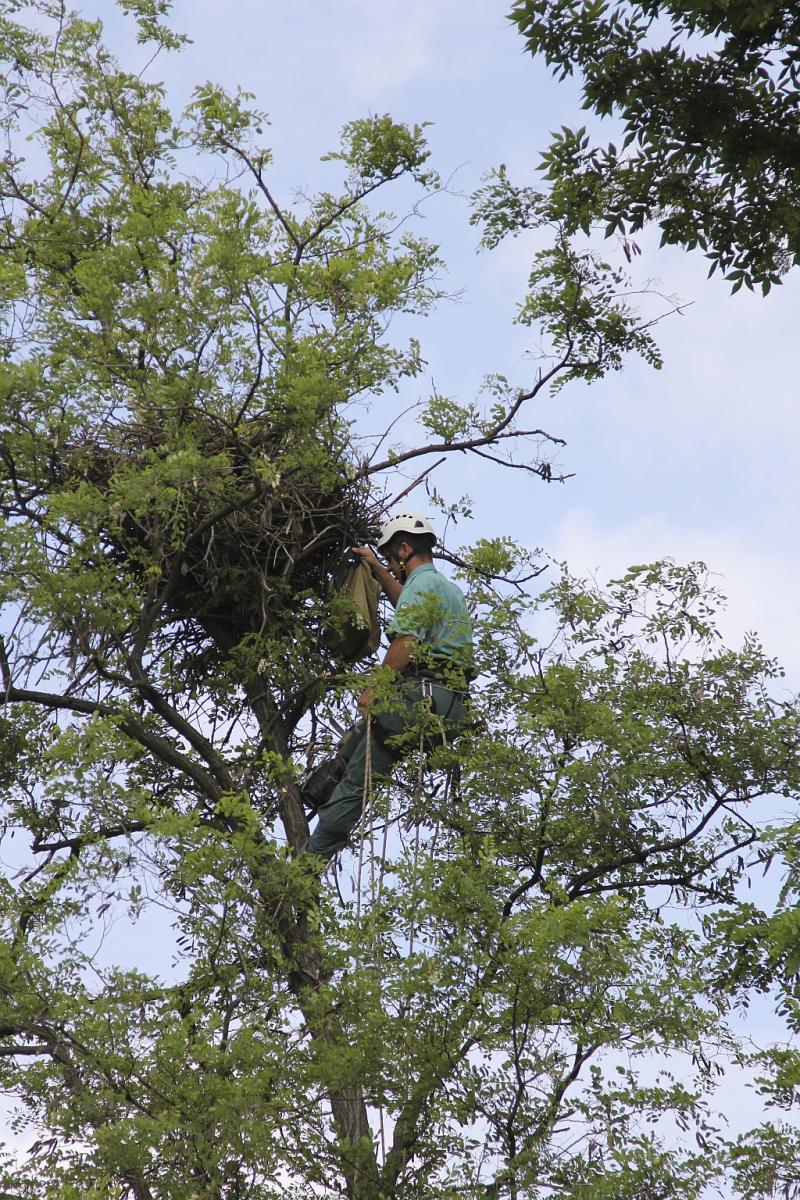 Latest news showed that the foster parents accepted the newcomer and feed both chicks properly. The plan is to provide her with a new permanent ring and a satellite transmitter in a few weeks. 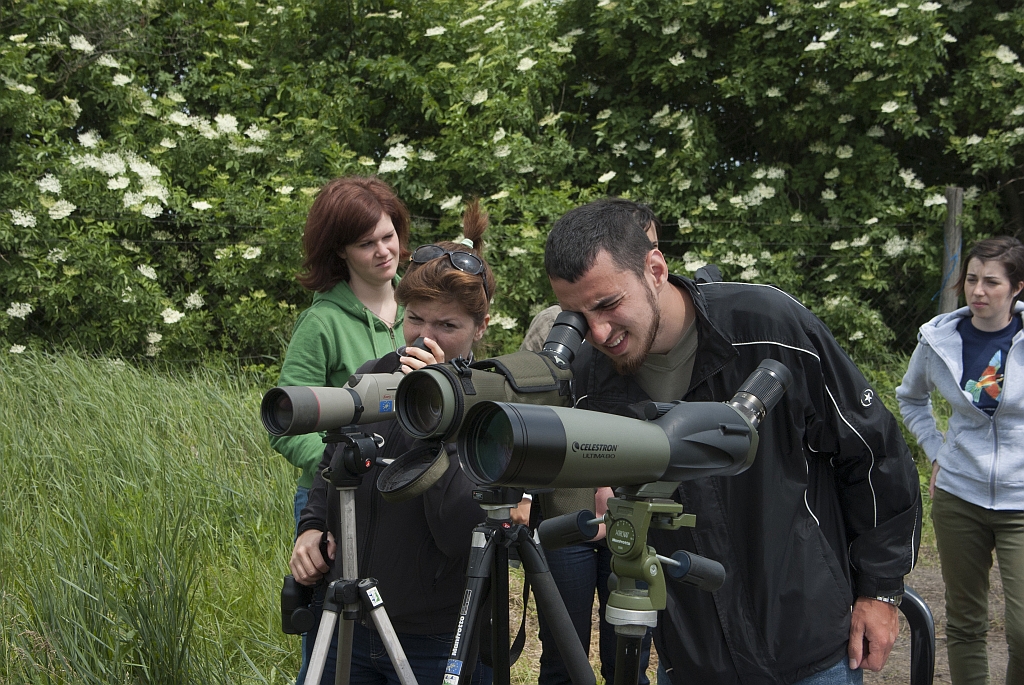 Volunteers of the Helicon Life+ programme keep an eye on the nest all the time
(Photo: Péter Szenczi)..

Soon, another chick will fledge at Dévaványa after being transported there as an egg from the Hortobágyi National Park

More pictures can be found in the Gallery