Rudolf, the rehabilitated Imperial Eagle, has found a new mate and built their own nest!

Great success in national conservation! Rudolph, the poisoned and later rehabilitated Imperial Eagle, found a younger mate soon after his release. It is also pleasing that despite its poisoning and the additional stress they have even started to breed already!

Rudolph was recovered showing symptoms of strong poisoning in February. Thanks to the rapid help of the partner organizations of Helicon Life+, his life could be saved. The rehabilitated bird was released in the presence of the associates of local hunting clubs, Hortobágyi and Duna-Ipoly National Park, MME and the veterinarians of Hungarian Bird Rescue Endowment in early March. 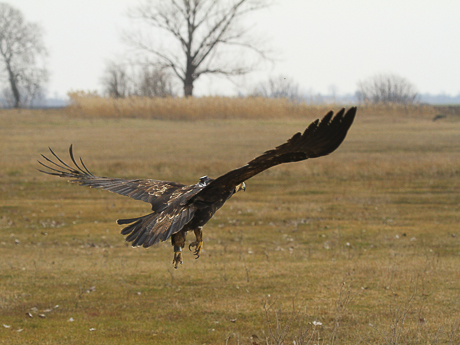 Rudolp is an adult Eagle, probably had bred before, but we did not find a ring or transmitter on him, therefore, that is all we know about him. However, we took DNA samples from him and a comparison with other samples taken from breeding birds from earlier may reveal more about his past. Before his release, he was tagged with a satellite transmitter making him the very first breeding Imperial Eagle followed by this method. 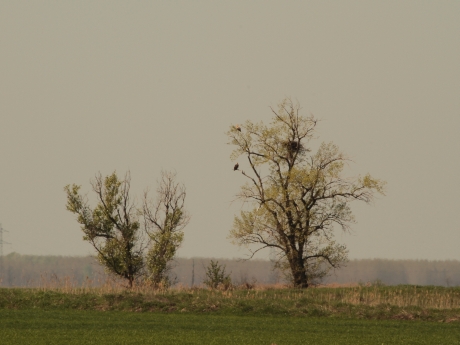 Rudolph and his mate at their nest (Photo: Imre Fatér).

Due to extreme weather early spring this year, there is more than a month between the first and the last clutches. Those pairs who know each other well and occupy the best territories started to lay their eggs around mid-March. However, the newly formed pairs have just started their breeding season recently. The latest data actually came from a satellite tagged bird. Satellite tracking (www.satellitetracking.eu) has great importance in nature conservation and Hungary takes the lead in this respect in the region. We can find out more about protected species with the help of it. Moreover, satellite tracking enables experts to study the movements of the birds without disturbance or even intervene in case of endangerment.

There are only 150 breeding pairs of the Imperial Eagle in Hungary. It makes up for two-third of the EU population of the species. Therefore, each breeding attempt is particularly important. The stock of the Carpathian Basin has been slowly increasing due to strict regulations since the 1980s. Nevertheless, because of crime against birds of prey –poisoning, shooting, and devastation of nests- this tendency seems to be halted, unfortunately. Predictably, only two-third of the laid 300 eggs will hatch in May, and less than one-third of the chicks would survive the first few years till reach maturity at the age of 3-6 years and start to breed.

EU funded Helicon Life+ project will fight the illegal poisoning in order to improve the abovementioned ratio in the future.