Saker dies of poisoning in the Kiskunság

Recent poisoning wave in Hungary took its next victims. In a hunting area in the Kiskunság, three Marsh Harriers, one Common Buzzard and a strictly protected Saker Falcon -which was fitted with a satellite transmitter- succumbed to poisoned baits put out intentionally. 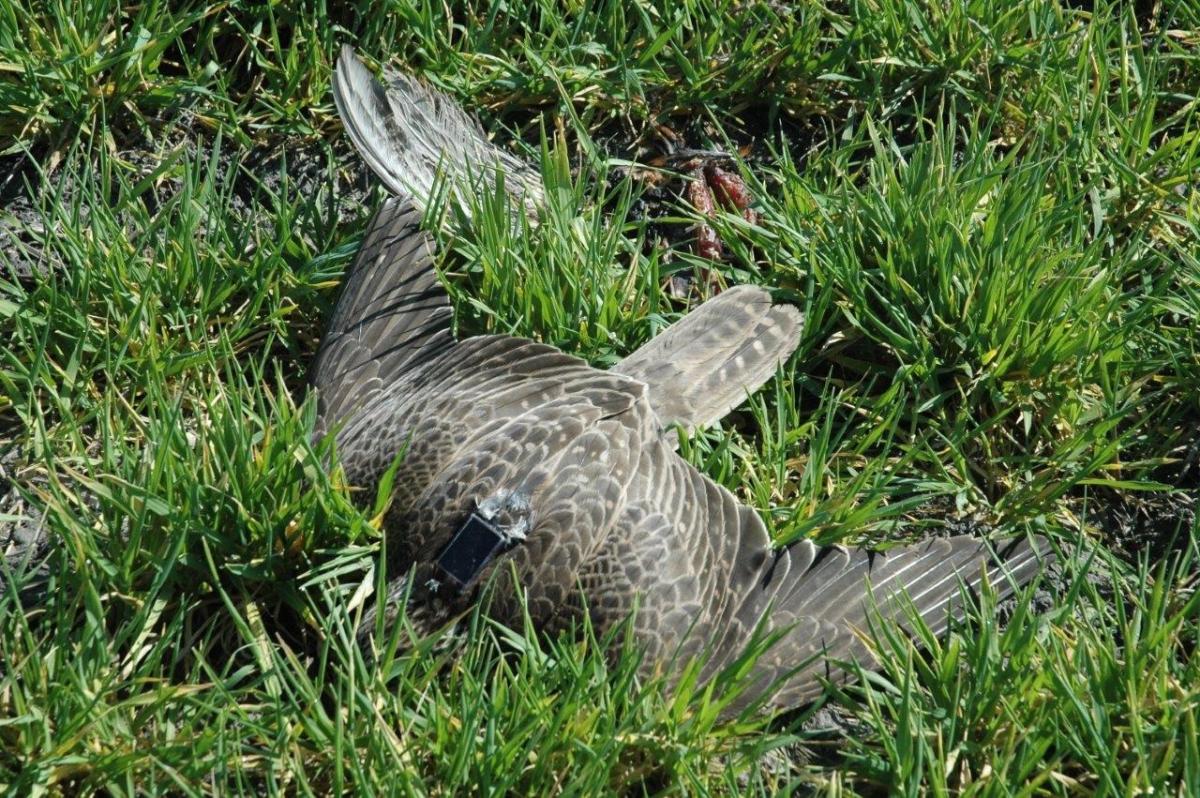 Poisoned male Saker Falcon with the transmitter on his back (Photo: MME Archive).

Its discovery was due to the signals transmitted by the backpack, which was fitted on his back within the framework of the second Life project (www.kerecsensolyom.mme.hu) aiming the protection of the species. Experts were alerted by the signals and an associate of the Kiskunság National Park found the carcasses. After the case of “Gyula”, another transmitter fitted male Saker, this is the second one that provenly died due to poisoning. The Saker Falcon has a nature conservation value of 1.000.000 Forints. Since it was a breeding bird, his eggs will probably perish, as well, therefore the perpetrators may be held accountable for killing several individuals of Sakers and the other protected raptors.

The police have launched an investigation but details are not public yet to ensure its success.