On March 19, 2005, we received a report about a pair of Imperial Eagles found dead near Jászárokszállás. Experts of MME arrived at the scene and diagnosed probable poisoning. Since MME’s establishment in 1974, there has not been any records of poisoned Imperial Eagles in Hungary. The poisoning rampage has been going on for a decade now and claimed the lives of 76 Imperial Eagles, 101 White-tailed Eagles and more than 600 additional protected and strictly protected birds backed up by evidence, but fortunately human fatality has not occurred yet. 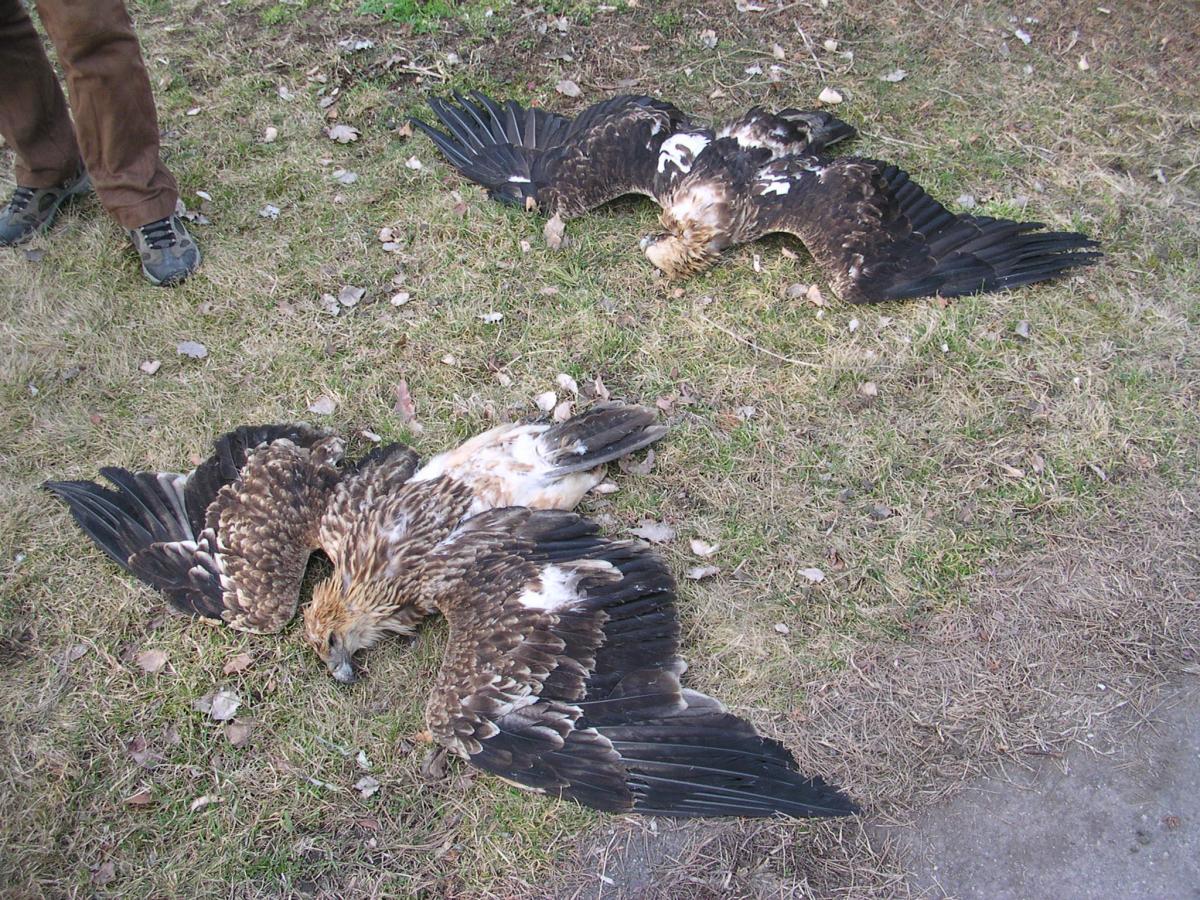 The pair of Imperial Eagles died first due to poisoning ten years ago (Photo: Márton Horváth).

Meantime, we have just received the lab results of the Imperial Eagle, named „Remény”, and it turned out that there would not have been any chance to save the bird, which we had followed since its egg-stage, even if it was discovered and cured immediately at the scene. Compared to those eagles could be saved by using antidote, “Remény” and the others died showing ten times larger toxic substance concentration. The carcass caused the deaths of those two eagles contained the highest concentration of poison, and such amount of toxin could have been enough to kill 250 Imperial Eagles or 5 humans! This way, it may be more understandable why these substances have been banned in the whole EU since 2008, and why their possession is a crime let alone their irresponsible use.

Since 2000, intentional poisoning were suspected or proven in 231 cases, moreover, poisoned baits and dead animals killed by poison were discovered in all 19 counties and the capital. 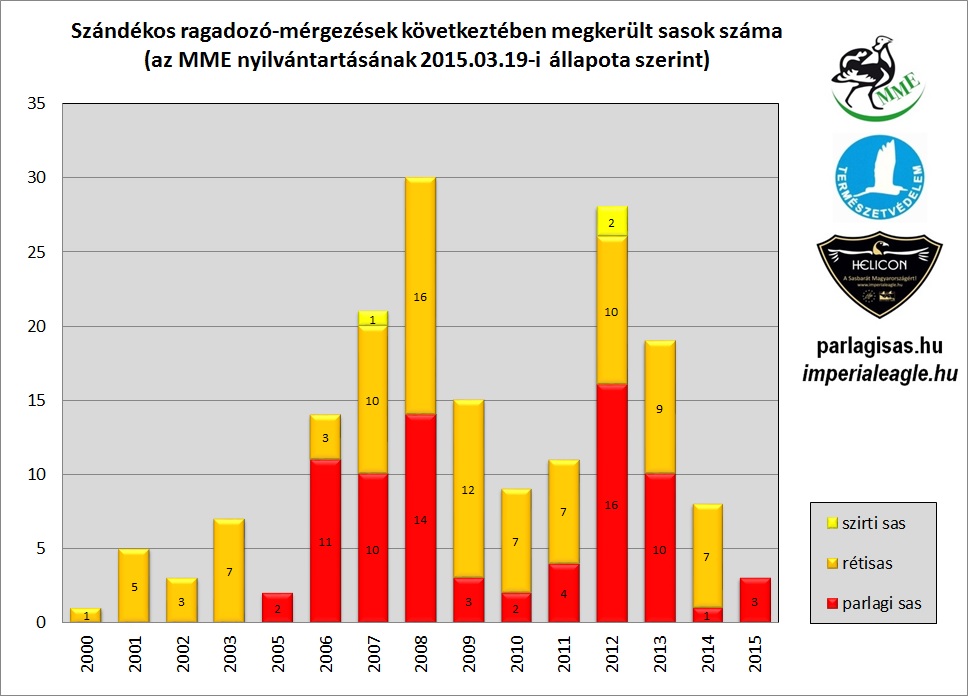 Numbers of eagles found due to intentional poisoning in Hungary. MME’s table shows the
state as of 03.19.2015 (Source: HELICON LIFE+).

Police has been investigating in several cases, and already three perpetrators were brought to justice for damaging nature, misuse of poison, poaching and animal cruelty. The may face up to five years’ imprisonment.

However, nothing seems to scare them, neither the threat poisons pose to the safety of their own, their fellow human beings or natural treasures nor the increased punishment. Last week, three additional White-tailed Eagles and a Lesser-spotted Eagle, which is still alive, were discovered due to suspected poisoning in Hungary.