Drama in the nest – marten preyed the chicks of a Kestrel pair, which bred in an eagle’s nest

Early morning on June 19th, people watching the live broadcast from an Imperial Eagle’s nest in the Hortobágyi National Park could see that the clutch of the Kestrel pair, currently breeding there, has disappeared..

Those, who have been following their lives for a long time, know that the pair was very determined. Shortly after a marten having predated their eggs, they laid another clutch. This time the chicks hatched and they would have fledged soon.

However, something happened last night. There was no live broadcast at night, but the servers recorded everything continuously. Csaba Magyar, associate of the Filmjungle.eu, checked the footage and shared the critical part of it immediately. It reveals that a marten was behind the disappearance of the chicks. It paralyzed them quickly one by one and took them from the nest except one of them. 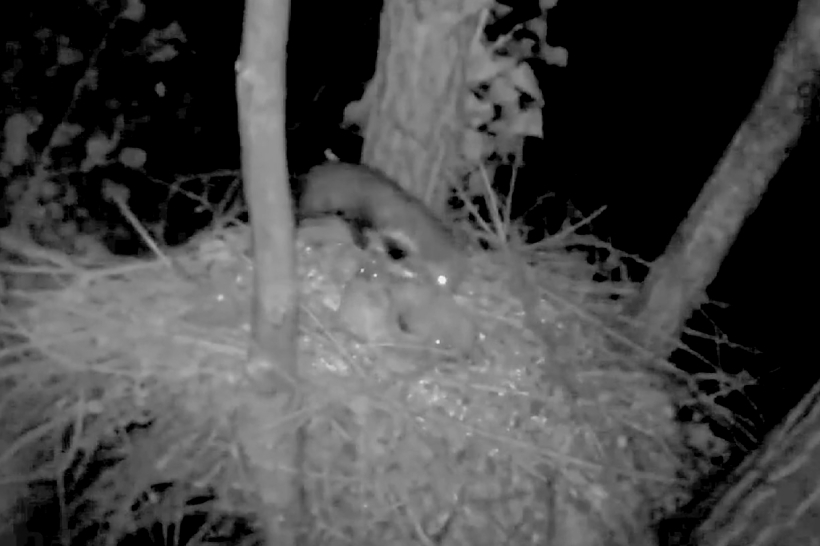 The night-visitor with the Kestrel chicks (you can watch the footage here  >>).