MME’s special detection dog unit and the rangers of the Bükki National Park carried out a search in May near Tard, where poisoning occurred earlier. Passing under an artificial nest-box placed for Kestrels they noticed that its bottom part came off, and the fledglings disappeared. According to the rangers who checked the nest not too long ago they were still fine. 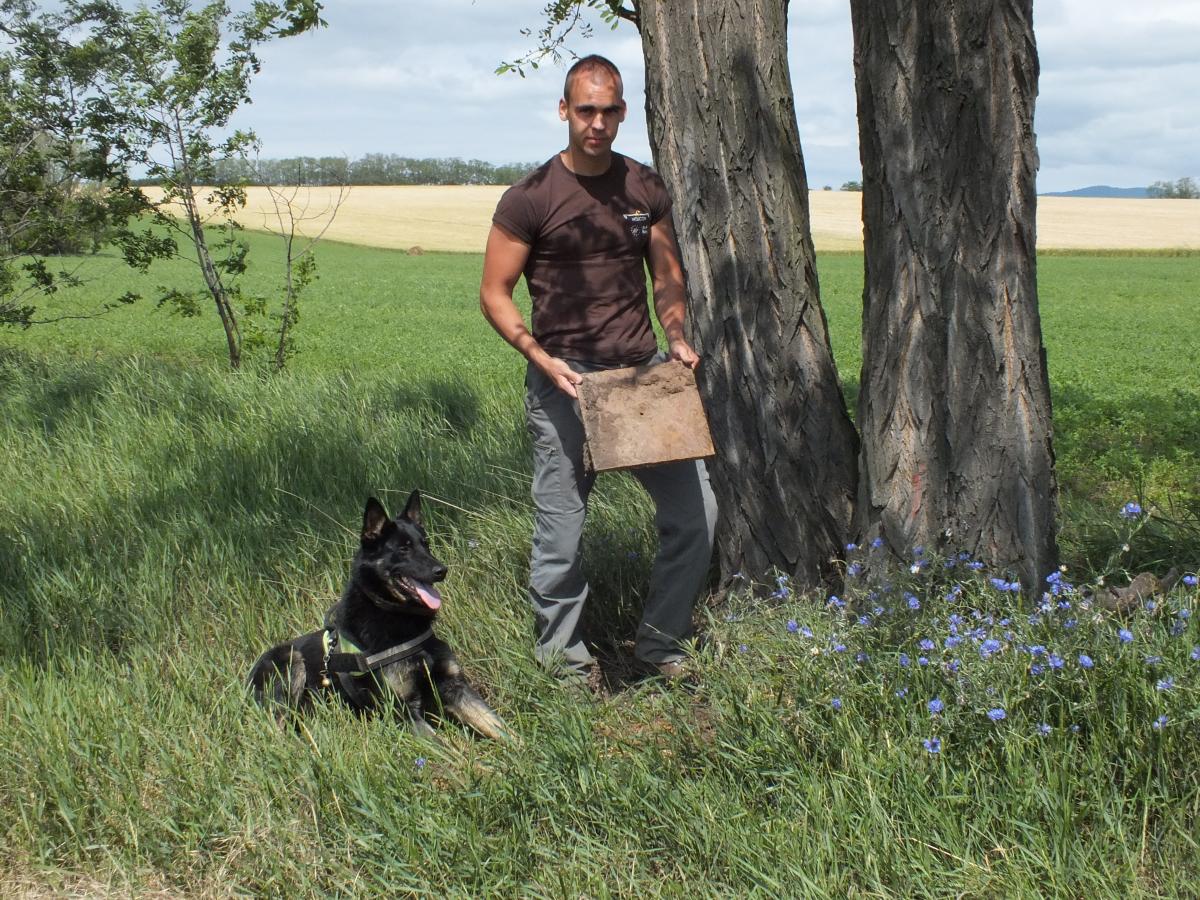 "Falco" and his leader Gábor Deák, associate of MME/Birdlife.

A short search around the nest yielded no result, and they concluded that probably a fox had taken the young Kestrels. While they continued working Falco caught a scent, ran into a deep bush and indicated that he found something. As it turned out he found one of the chicks alive. Now, helping out Falco, they all started to search the area and found another two live and a dead chick. 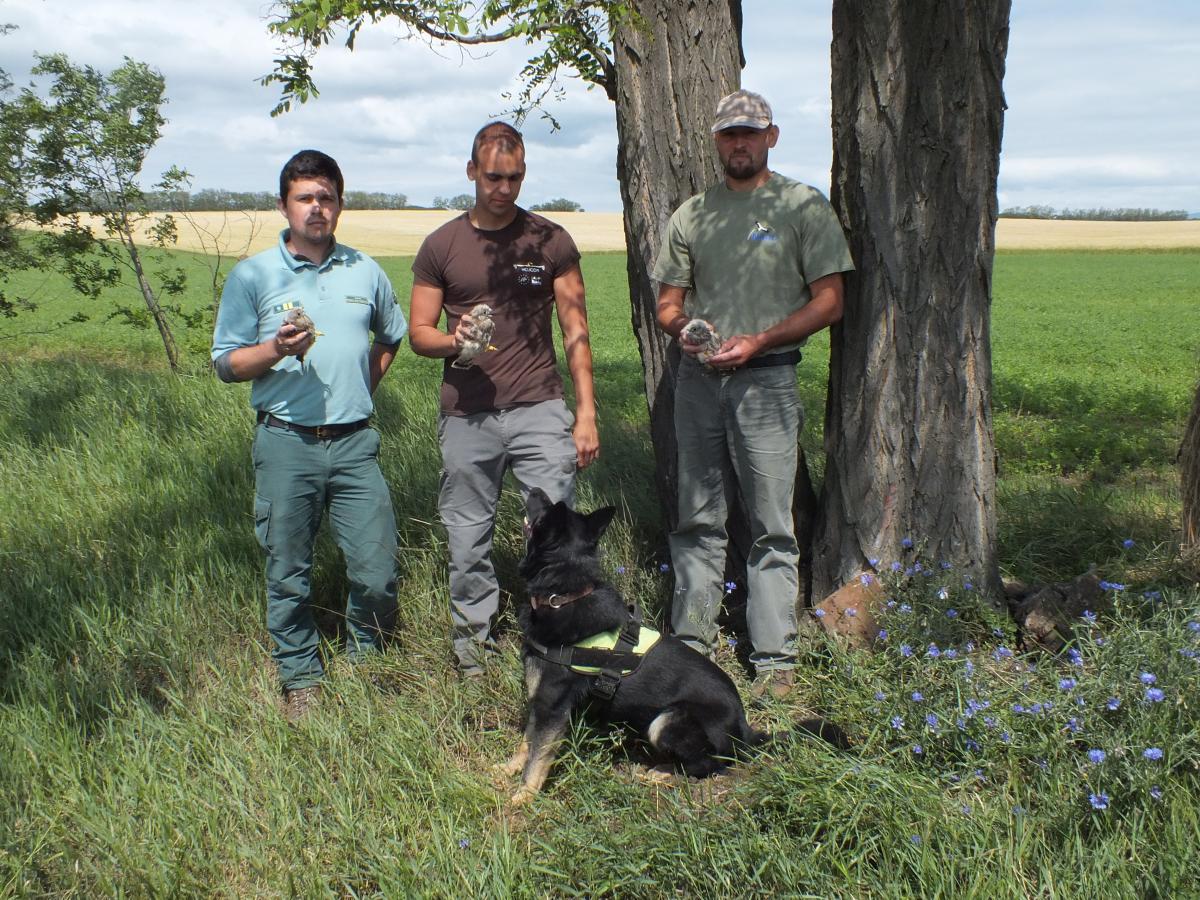 With the rescued Kestrel chicks ... 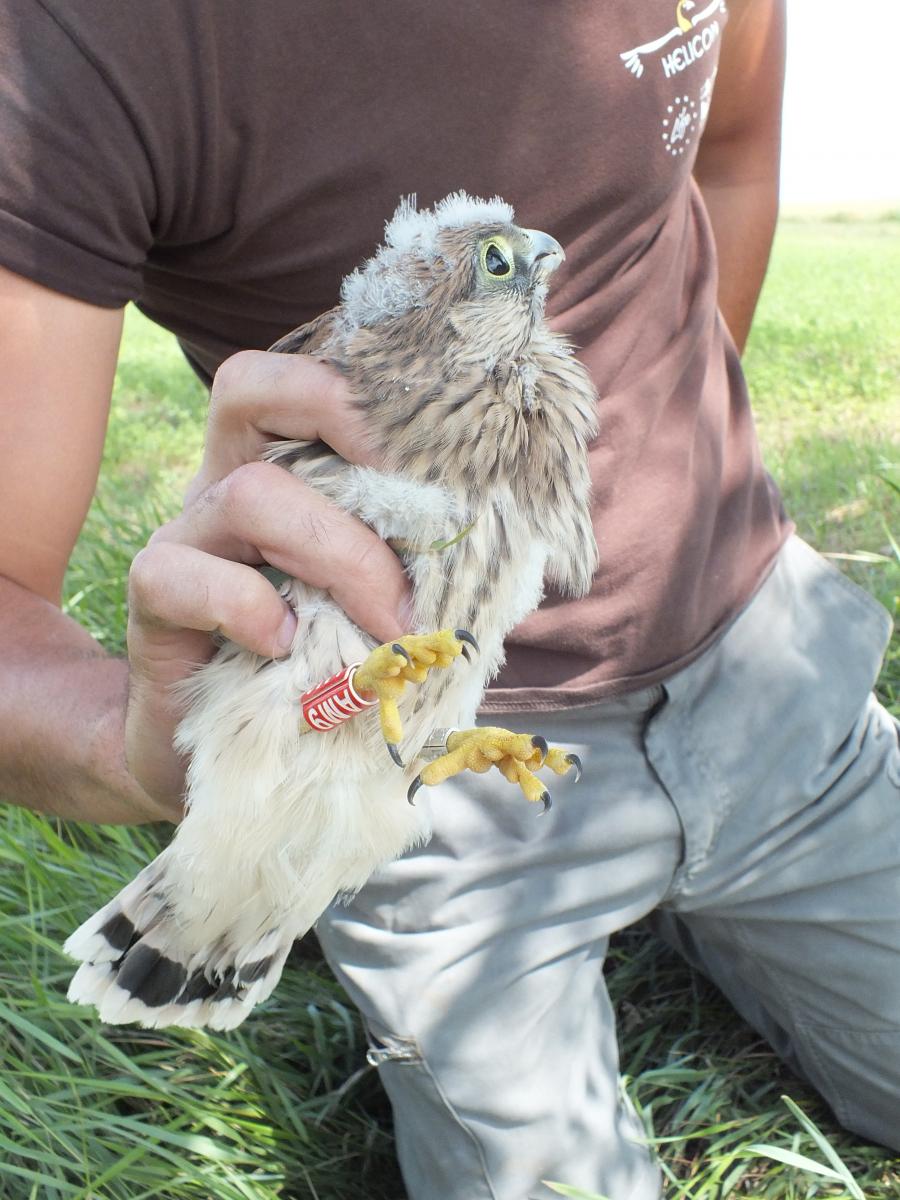 ... and after having been ringed.

Fortunately, the rangers had a backup nest-tray, which they put back right where the original was and placed the color-ringed chicks in it hoping that their parents will accept it and keep feeding them till they fully fledge. 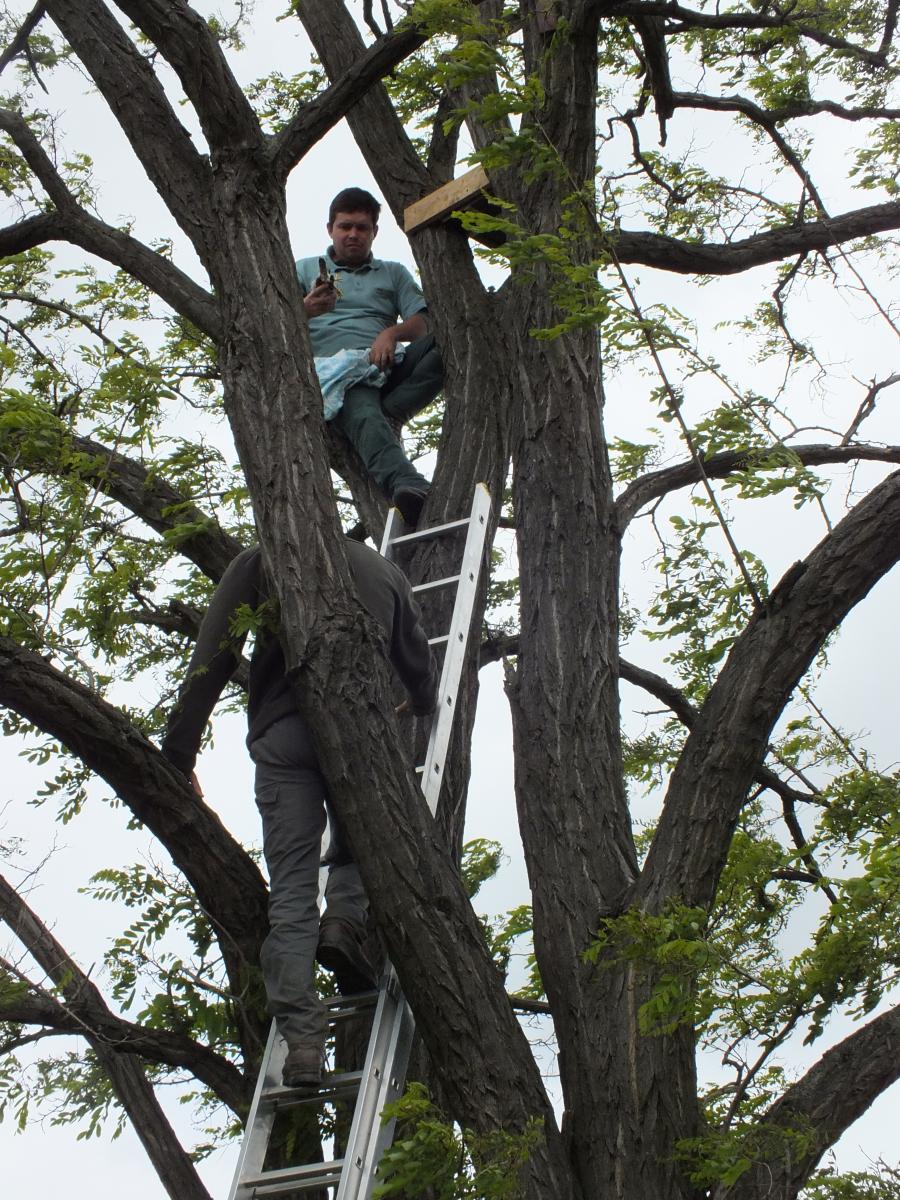 Replacing the broken nest-box with a nest-tray
(Photos: BNPI archive).

Now, we can already say that Falco also helps the conservation of birds of prey other ways than just finding cadavers and injured birds.