Panni has visited 9 countries already, after being robbed and rescued

Panni has become well-known after being robbed from the nest in Heves County May, 2011. She was sold later on to someone, but now she seems to do fine after having been sorely tried. Recently she has been wandering around the areas preferred by Imperial Eagles. 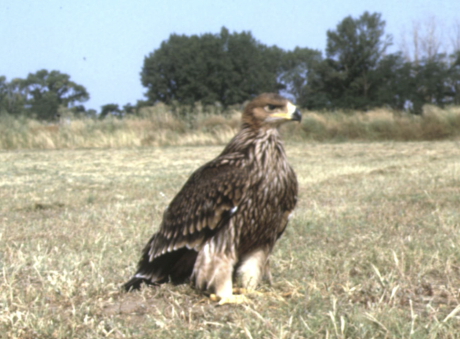 Experts from the Hortobágyi National Park and MME returned her to a nest at the age of 4 weeks. Along with her sibling and a stepsister she was fitted with a satellite transmitter when she was 8 weeks old. Only Panni is still alive of the three of them. Panni’s robbed and sold sibling died from unknown reason shortly after fledging. Bobák the only original nestling of the pair used for the repatriation of Panni and Tiszavirág wandered around the southern part of Hungary but also Serbia and Romania. Bobák was poisoned 2 kilometres from the Romanian border in Békés County in January. 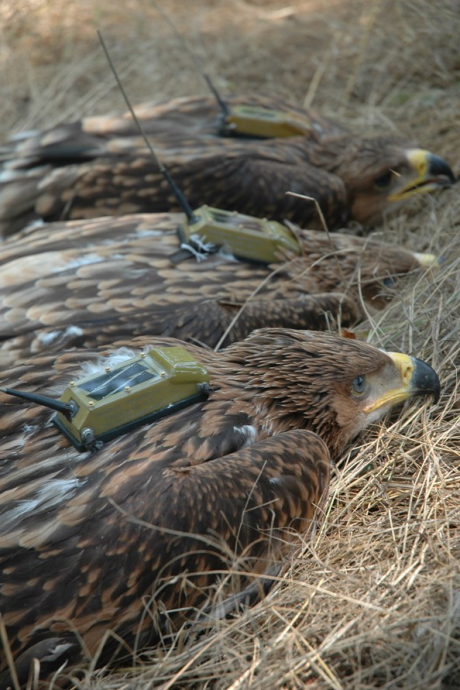 Satellite transmitters provide invaluable data to experts to
help to protect the species.

Besides Hungary Panni has been in Croatia, Bosnia-Herzegovina, Serbia, Romania, Slovakia, Poland, Belarus and she is 100 kilometres from Kiev, Ukraine right now. 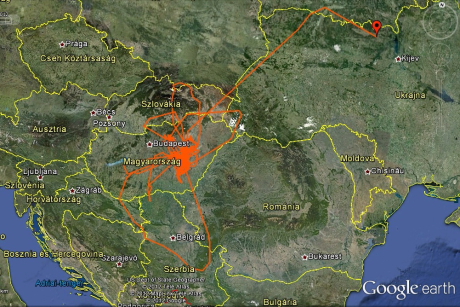 Szellő was born in the Nagykunság in July, 2010. Shortly after fledging she suffered an injury and was treated in the Hortobágyi Madárkórház until July, 2011. By then Panni was totally tamed, so experts from MME had to accustom her to living in the wild. Since then, she has been travelling around the Great Hungarian Plains and recently has been a few kilometers from her nest site accompanied by other young Eagles. 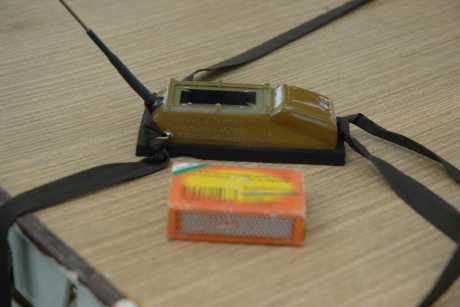 Size comparison between a matchbox and a transmitter (Photos: Márton Horváth).

MME will satellite tag 10 more Imperial Eagles within the framework of LIFE programme. The data received may enable experts to pick up signs of suspicious behavioural change of a bird, which can lead them to places where poisoning occurs and prevent other tragedy to happen.